One of the delights of developing the Great War Theatre project has been the unexpected connections made. Last month I was contacted by a Devon GP, Dr Watkins, who had had been going through his father’s possessions after his death and come across a photo of his grandfather, Claude Watkins, during the First World War. Claude, born 1899, had been a territorial in both World Wars and had been in Wellington, India in 1917 when the photo was taken. The photo shows a group of men, some clearly in costume. It is entitled ‘The Mumming Birds, 1917’ and is perhaps a cast photo for a production of the 1915 play The Mumming Birds by Fred Karno and Charles Baldwin. Other photos from the same album can be seen below.

If, like Dr Watkins, you find any photos, diary entries, memorabilia or theatre-related stories from the Great War, please do get in touch. 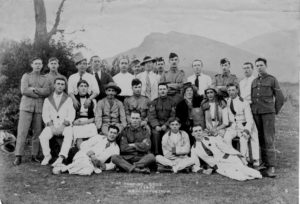 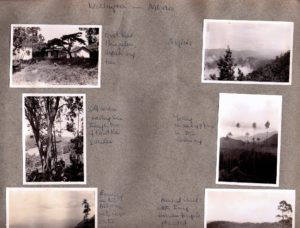 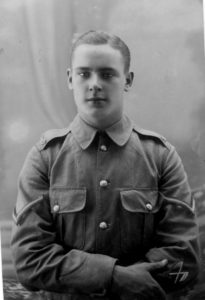 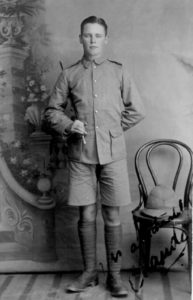