The Great War Theatre project is a collaborative, co-produced research project in which academics, volunteers researchers, and specialist advisors are working together to unearth the fascinating history of wartime theatre. You can find out more about the team and our different roles below. 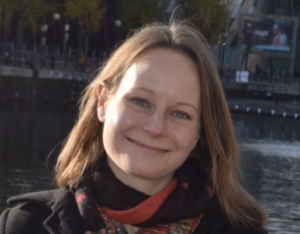 Project Lead – Dr Helen Brooks is Reader in Theatre and Cultural History at the University of Kent. She teaches Drama and History and is Co-Investigator on the Gateways to the First World War project (AHRC). Helen is fascinated by how theatre responds to and reflects the world around it. She has particular interests in questions of gender, class, politics, economics and race. Helen’s work on First World War Theatre has been led to collaborations with the King’s Theatre Portsmouth, the Theatre Royal Brighton, and Threadbare Theatre. She has also appeared on BBC Radio. 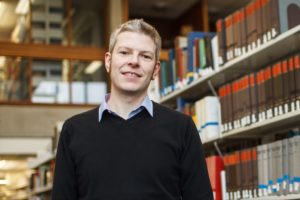 Rights Clearance and Copyright Advisor – Chris Morrison is Copyright, Software Licensing and IS Policy Manager at the University of Kent. He was previously Copyright Assurance Manager at the British Library and is a member of the Universities UK / Guild HE Copyright Working Group. He is co-founder of the award winning copyrightliteracy.org blog with Dr Jane Secker at City, University of London. Chris advises the project on the rights identification process for scripts and supports the registration of scripts as orphan works.

Over the course of the project we have been ably supported by the wonderful work Nikki Denning, Kate Morgan and Dr Katerina Flint-Nicol. Nikki was the first project assistant and worked for the project between March and June 2017. During this time she was instrumental in managing the launch and establishment of the project. Kate Morgan worked for the project in June and July 2017 before moving to the University of London. Although only with the project for a short period, Kate made an important contribution. Katerina Flint-Nicol worked as the project and volunteer manager between September 2016 and April 2018. She was invaluable in establishing the ongoing management of the project. Kat is a film scholar and was an Associate Lecturer at the University of Kent where she completed her PhD.

In 2016, in the first phase of the project, Dr Kristen Tetens, who had just finished her PhD on the wartime playwright Hall Caines,  supported volunteers who were undertaking research at the British Library. Between 2016 and 2018 Jessamy Carlson, Partnerships & Programmes Manager at The National Archives, provided research support and guidance to the project. Jessamy was responsible for co-ordinating The National Archives’s FWW100 programme. She is a qualified archivist, a registered member of the Archives & Records Association, and a Fellow of the Royal Society of Arts.

The Advisory Group is an informal group of four academics with particular specialisms. The group advise on various aspects of the project and its development.

At the heart of the project are the volunteer researchers. Click here to find out about more about the team of volunteers who work on the project.